Singaporeans are always looking for ways to stay slim and trim. Recently, a new procedure called fat freeze has been gaining traction in Singapore. Fat freeze is a non-invasive procedure that claims to reduce body fat with no discomfort or down time. But does it really work? In this article by Wellaholic, we take an in-depth look at the scientific evidence behind fat freeze to see if it’s worth the hype.

What is Fat Freezing?

Fat freezing, technically known as cryolipolysis, is an FDA approved non-invasive method of freezing fat cells to get rid of “love handles,” double chin, flabby arms and other unwanted bulges of fat. It promises to remove 25 percent of fat and cellulite in a given area, but probably not all in a single treatment.

​Fat freezing works by using paddles that suction your skin into a cup in order to crystallise underlying fat cells. Each procedure can last from 35 minutes to an hour, depending on the target area. The discomfort involved is said to be minimal although the area treated will first feel very cold and then numb.

Cryolipolysis relies on cooling techniques to target and freeze fat cells in the desired area, thus disabling them. These cells and their contents are then flushed out of your body over time through natural processes, getting rid of those fat cells permanently.

Fat Freeze is US FDA-Approved Procedure

The FDA cleared the marketing of the fat freezing method CoolSculpting in 2010 based on results of a study showing that six months after the treatment of love handles in 60 patients, the targeted fat was reduced by an average of 19 percent. Since then, fat freezing has been catching on nationwide. It is offered by dermatologists and medical spas and is heavily promoted in television commercials. Wellaholic’s WellaFreeze is premised on the same principles as CoolSculpting.

What is the Mechanics of Fat Freezing?

Cryolipolysis works by placing a portion of the fat into two parallel panels which cool the fat and cellulite into a freeze temperature, usually below zero degree celcius. This is also known as CoolSculpting, a branded form of fat and cellulite reduction that’s approved by the FDA in USA.

A 2009 study looked into the clinical efficacy of cryolipolysis. In this study, researchers concluded that cryolipolysis reduced the treated area by as much as 25%. The results were still present six months after the treatment, which proved that the fat loss/reduction was a permanent one. When frozen, the dead fat cells are purged out of the body through the liver within several weeks of treatment. The full results of fat loss can be seen within three months.

Cryolipolysis is usually treatment on the thighs, lower back, belly, as well as the sides or the “love handles”. As WellaFreeze can reduce the appearance of cellulite on the legs, buttocks and also for the arms, it is used extensively in these areas. The process usually takes about an average of one hour.

WellaFreeze, together with CoolSculpting and other kinds of fat freezing or cryolipolysis have a high success rate. They work for slashing off areas of fat and cellulite from the body. They are also typically safer and have fewer adverse effects than other procedures such as liposuction, which is both invasive and more dangerous.

Fat Freeze ought to not be seen as a wonder treatment. As much as 25% of the fat can be eliminated after each treatment, however clients need to not expect a total removal of fat and cellulite. As a whole, other elements such as lifestyle and diet also play a big function. A different 2015 evaluation released in the Aesthetic Surgery Journal that took a look at 16 studies, reported that people had a typical fat reduction of 19.55 percent.

Also, WellaFreeze can not tighten loose skin. If the skin has extended around fatty accumulations, other treatments such as WellaSculpt will be required to tighten up the areas with loose skin.

What are the side effects of Fat Freezing?

Some possible side effects include the following:

In very rare occasions, cryolipolysis might lead to an increase in the volume of fat cells and cellulite in the treated body part(s). This is called Paradoxical Adipose Hyperplasia. When this happens, alternative treatments such as the traditional liposuction is recommended instead. 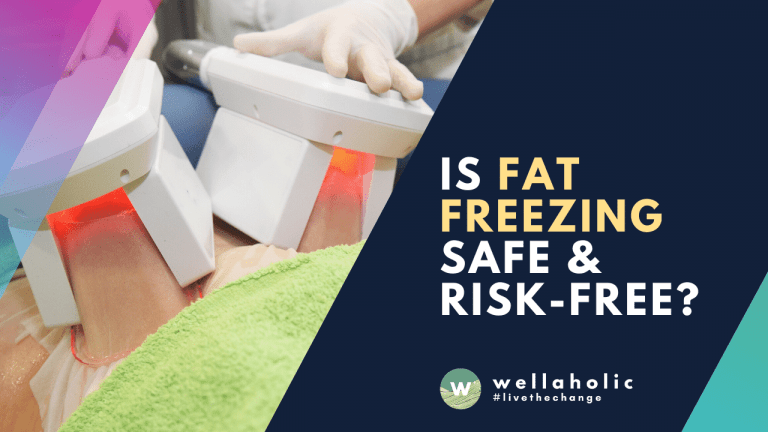 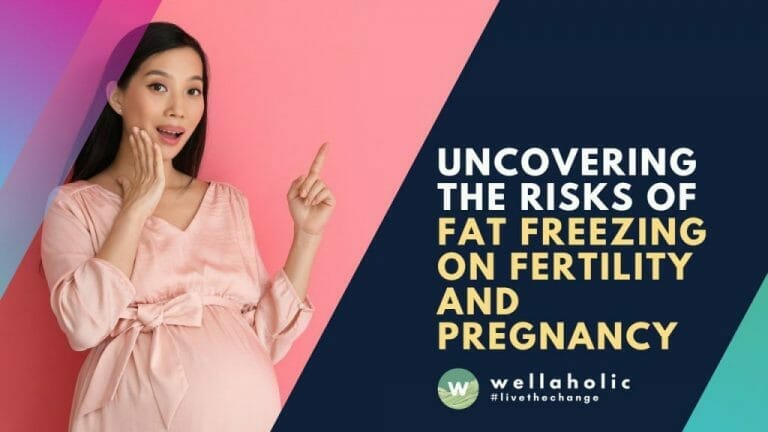 Uncovering the Risks of Fat Freezing on Fertility and Pregnancy