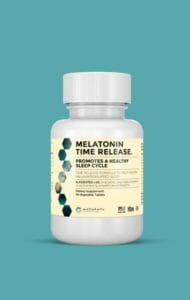 Sleep is one of the most important things you can do to keep your body healthy. In fact, according to a study in the Journal of Clinical Sleep Medicine, a lapse in adequate sleep time — at least seven hours a night — can lead to a decreased attention span, depressed feelings and difficulty processing ideas. Sleep problems can also lead to increased weight gain and increase your chances of getting sick. Melatonin Time Release Supplements by Wellaholic helps you to get to sleep fast, and uninterrupted until you wake in the morning.

Suggested Use: One tablet, taken daily at bedtime or as directed by a healthcare professional. (90 Tablets per Bottle) 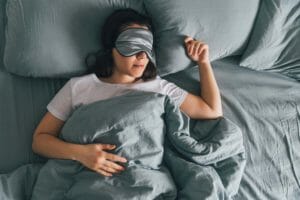 WHAT ARE THE BENEFITS OF MELATONIN?

Several health benefits of melatonin are derived from its potent antioxidant properties, both directly and indirectly.

Administration of melatonin increases the cellular production of antioxidant enzymes (superoxide dismutase, glutathione peroxidase, and glutamylcysteine synthase) which can increase antioxidants like glutathione. These enzymes help clean up the cells, mitochondria, and bloodstream from harmful reactive oxygen species.

​In addition, the melatonin molecule itself can bind to reactive oxygen species (ROS) and reactive nitrogen species (RNS), rendering them less harmful. This allows melatonin to protect several tissues and organ systems from oxidative damage. Tissues that produce melatonin and rely on melatonin for this purpose includes gut, ovary, testes, lens, bone marrow, and the brain.

AS SHOWN ON TV 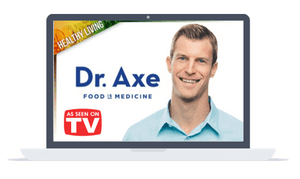 What does it mean if you have insomnia? The definition of insomnia is “habitual sleeplessness or the inability to sleep.” Everybody struggles to get a good night’s sleep now and then, but insomnia is different because it’s an ongoing problem that causes sleep disruption despite someone having the chance to get good sleep.

​Not only does having insomnia cause sleep deprivation and typically day time fatigue, but, according to the Sleep Foundation, insomnia can also cause a number of other physical and mental problems. People dealing with insomnia commonly report feeling moody, dissatisfied with how much energy they.

MADE IN USA WITH FDA & GMP CERTIFICATION

MADE IN USA
Our supplements are manufactured in USA, under the strictest FDA and GMP guidelines. Based on the guidelines, our manufacturer must outline aspects such as the properties for the supplements, as well as the control points in the manufacturing process.

FDA REGISTERED
The F.D.A. requires that companies verify that every supplement they manufacture is safe and accurately labelled. This ensures. FDA requires supplement facilities to renew their registrations between October 1 and December 31 of each even-numbered year, regardless of when they initially registered. 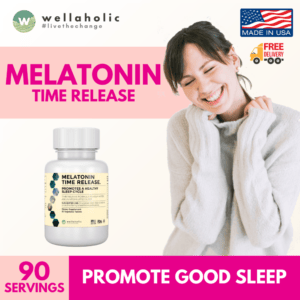 Wellaholic is now a full-fledged merchant on Lazada’s LazMall. You can purchase our top-rated supplements at our flagship LazMall store.

Here are some of the features of Lazmall