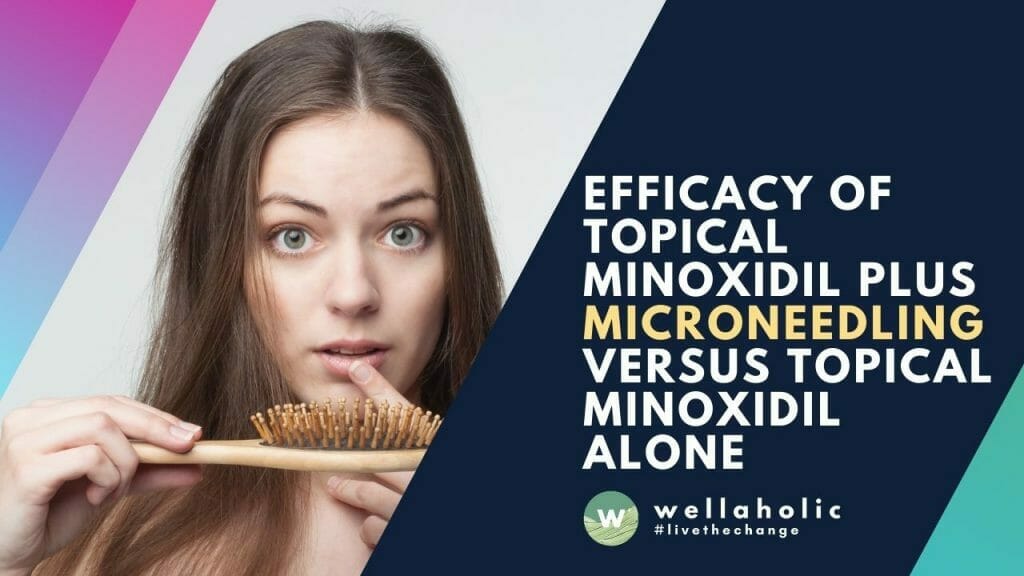 Wellaholic Research: A Randomized Controlled, Single-Observer Blinded Study to Determine the Efficacy of Topical Minoxidil plus Microneedling versus Topical Minoxidil Alone in the Treatment of Androgenetic Alopecia

Androgenetic alopecia (AGA) is the most common form of hair loss in adults, which is generally progressive in the absence of treatment. As a head full of healthy hair adds to the cosmetic appeal of the individual, the consequences of Androgenetic alopecia are predominantly psychological. Currently, topical minoxidil is the first-line treatment for Androgenetic alopecia. Many adjuvant treatment modalities have been used synergistically with minoxidil. Microneedling is one among such adjuvant treatments, which works by various mechanisms to stimulate the dermal papillary cells that play a key role in hair growth.

The study showed that the combination of microneedling and topical minoxidil treatment was superior compared to topical minoxidil alone with regard to increase in the hair count and patient satisfaction, although the response achieved was not cosmetically significant.

Topical minoxidil and oral finasteride are the only two currently approved drugs by the United States Food and Drug Administration for the treatment of Androgenetic alopecia in men. Topical minoxidil 5% solution (1mL) applied twice daily is effective in preventing progression and improving AGA in men.[3,4,5]

The dermal papilla is a cluster of specialized fibroblasts that regulate the growth and activity of the various cells in the follicles. It is seen only in the anagen phase of hair. It plays an important role in the regulation of hair cycle and growth. Regeneration of hair follicle starts when signals from the mesenchyme-derived dermal papilla cells reach multipotent epidermal stem cells in the bulge region.[3,6]

Circulating dihydrotestosterone (DHT) binds to the androgen receptor on the dermal papillary cells and acts via molecular signaling pathways, which are responsible for follicular miniaturization. The factors implicated in the pathogenesis of Androgenetic alopecia involve not only DHT but also inflammation, many gene signaling pathways (stimulatory pathways such as Wnt/β-catenin, STAT3, and Shh and inhibitory pathways of Dkk-1, BMP4, and Dickkopf-related protein 1), growth factors, and activation of stem cells of the hair bulge. The existing conventional therapies (i.e., finasteride and minoxidil) fail to target all of the above mechanisms as their main target is androgens.[6,7,8]

Microneedling is a recent modality of treatment for Androgenetic alopecia, which acts by stimulation of stem cells and activation of growth factors, which in turn stimulate the dermal papillae.[3,9]

On the basis of the studies in mice, Jeong et al.[10] and Kim et al.[11] suggested that microneedle roller could be a useful tool to treat hair loss, which is refractory to minoxidil therapy. A study by Dhurat et al.[3] in humans showed microneedling as a safe, effective, and also a promising tool in hair growth stimulation when used along with minoxidil in men with Androgenetic alopecia. Microneedling augments the hair growth induced by minoxidil.[3,10,11]

Our study was a hospital-based, prospective, single-observer blinded study conducted between November 2015 and May 2017. Sixty-eight male patients with Androgenetic alopecia were recruited for the study.

Age matched (± 5 years) male patients of age group 18–40 years with Norwood–Hamilton grade III and IV Androgenetic alopecia were enrolled for the study. Thirty-four patients each were randomly enrolled into minoxidil alone and the combination groups. Patients with a history of bleeding disorders and anticoagulant treatment, active infections, any regional dermatoses, and personal or family history of keloid were excluded.[5]

Detailed history with respect to the onset and duration of hair loss and preexisting medical conditions were recorded. Initial clinical examination of the patient was carried out by one of the investigators to determine the grade of hair loss using Norwood–Hamilton classification. Informed consent was obtained from all the patients.

Sixty-eight cases of grade III and IV Androgenetic alopecia were allocated randomly into the “microneedling plus topical minoxidil” (N = 34) and the “minoxidil alone” (N = 34) groups. Each patient in either of the groups was studied for 12 weeks. Patients in the “microneedling plus topical minoxidil” group were offered microneedling treatment (weekly for four sessions initially, and thereafter, fortnightly for subsequent four sessions, covering the total duration of 12 weeks) along with 1mL of 5% minoxidil solution applied twice daily. Patients in the “minoxidil alone” group were advised application of 5% minoxidil solution 1mL twice daily for 12 weeks. Baseline (pretreatment) clinical and trichoscopy images were taken. Posttreatment clinical and trichoscopic photographs were taken at the end of 12 weeks.

For recording the hair count, one square inch area with thinning of hair on the vertex was selected for each patient. The distance of this area from all sides (anteriorly from glabella, posteriorly from occiput, and laterally from the tips of both the ear helices) was measured and recorded in pro forma for reproducing during follow-up. This area was defined and marked using a skin-marking pencil at baseline and again during follow-up. This area was divided into four equal quadrants by a vertical and a horizontal line [Figure 1]. Digital images were taken from each quadrant separately using the video dermoscope (Ultracam TLS; Dermaindia, Chennai, India) at baseline and at the end of 12 weeks was the study period. Hair count was carried out by two investigators on a computer screen on both the occasions.

A derma roller of needle length 1.5mm (ReGe Roller System; Geosmatic Cosmeceuticals and Cosmocare, Pune, India) was rolled over the affected areas of the scalp after proper cleansing in all directions (longitudinal, vertical, and diagonal) until pinpoint bleeding was noted, which was considered as the end point of the procedure. All patients were instructed not to apply minoxidil on the day of procedure and to resume its application 24h thereafter. The patients were also instructed to apply minoxidil on a clean and dry scalp and not to use hair oil.

The patients in both the groups were followed weekly for 12 weeks. During each visit, the findings related to treatment response such as decrease in hair fall, appearance of new hair, and patients’ general perception regarding the treatment were recorded. Any adverse effects related to therapy were also recorded. At the end of 12 weeks, the final response was evaluated.

The two primary efficacy parameters assessed were as follows:

The results were tabulated on the Statistical package for the social sciences (SPSS, IBM Corporation) software using paired and unpaired t-test, Wilcoxon matched pairs test, Mann–Whitney U test, chi-square test, and their significance was evaluated.

In the “microneedling plus topical minoxidil” group, maximum improvement in hair growth reported was 50%, which was observed in 4 (12.9%) patients, whereas no improvement was expressed by the patients in “minoxidil alone” group.

All subjects of the “microneedling plus topical minoxidil” group showed an increase in target area hair count over 12 weeks, whereas 7 (24.1%) patients in the “minoxidil alone” group did not show any increase in hair count. The mean increase in hair count at week 12 was significantly greater for the “microneedling plus topical minoxidil” group compared to that for the “minoxidil alone” group (12.82 vs. 1.89 [P < 0.0001]) [Tables ​[Tables33–5, Figures ​Figures44 and ​and55].

Comparison of hair growth between baseline and after treatment (week 12)

Increase in hair count at week 12

Increase in hair count was not statistically significant in subjects who received treatment in the past compared to that in the patients who did not receive treatment in either of the groups.

Therapy-related side effects noted in the “microneedling plus topical minoxidil” group were mild pain and discomfort during the procedure, which were well tolerated by all patients. No side effects were reported by the “minoxidil alone” group.

The patients in both the groups were advised to continue topical minoxidil after completion of the study period and were advised monthly follow-up.

Various modalities of treatment have been proposed and used for AGA. No treatment modality is curative. Hair growth is achieved only on long-term treatment by various medical modalities of therapy and is not maintained after treatment discontinuation. The efficacy of any modality of treatment varies depending on the age of the patient, grade of hair loss, and compliance with treatment. As per various studies, men with AGA using minoxidil monotherapy continued to go bald despite being on therapy.

Dermal papillae play a key role in the regulation of hair cycle and growth. Various researches have shown the underlying importance of Wnt proteins and wound growth factors in stimulating dermal papilla–associated stem cells. Minoxidil is a potassium channel blocker, which causes hair growth by vasodilatation and also extends the anagen phase of hair by activating β-catenin activity in the dermal papilla cells. Microneedling acts by various mechanisms in dermal papilla to induce hair regrowth, which are as follows:[3,10,11,12,13,14]

Comparison of mean increase in hair count with other study

Twelve men, unsatisfied with finasteride and minoxidil, showed improvement with microneedling in the study by Dhurat et al.,[3] whereas no such findings were recorded in our study.

From the above discussion, it is evident that microneedling is an effective, safe, and promising therapeutic modality for the treatment of AGA along with topical minoxidil 5% solution. However, the therapeutic response recorded in our “microneedling with topical minoxidil” group of patients, though statistically superior to the response in the “minoxidil alone” group, is not cosmetically significant when compared to the results of the study by Dhurat et al.[3] Most plausible reasons for this finding may be due to the difference in the procedures adopted for evaluating the increase in hair count and also by not making scalp shaving compulsory for our study subjects. However, the sample size is small and the follow-up period is short in both the studies. Though the response achieved by microneedling in hair growth in our patients is significant, it was further preserved only on continuous use of minoxidil even after the study period. This finding is similar to conventional modalities of treatment where continuous long-term treatment is required to maintain the response.

The results of this study did not establish “microneedling combined with minoxidil” as a unique therapeutic modality for AGA in men. This could be possibly because of the low sample size and limited duration of our study. We recommend further studies with larger sample size and appropriate follow-up assessment.

HairGrow combines all three different scientific hair regrowth treatments of Microneedling for Scalp, Scalp Booster and LLLT to accelerate your hair regrowth efforts. Pay for 2 treatments and get the 3rd treatment free. This includes a monthly supply of Minoxidil with Royal Jelly to jumpstart your hair growth.

WHO IS HAIRGROW™ HAIR LOSS TREATMENT IDEAL FOR?

HairGrow™ is effective for treating the following hair loss conditions:

WHY SHOULD I CHOOSE HAIRGROW™ HAIR LOSS TREATMENT?

​We highly recommend HairGrow™ over the individual treatments for the following reasons:

HairGrow™ includes three different types of technology treatments. They have numerous research reports and case studies backing them up. 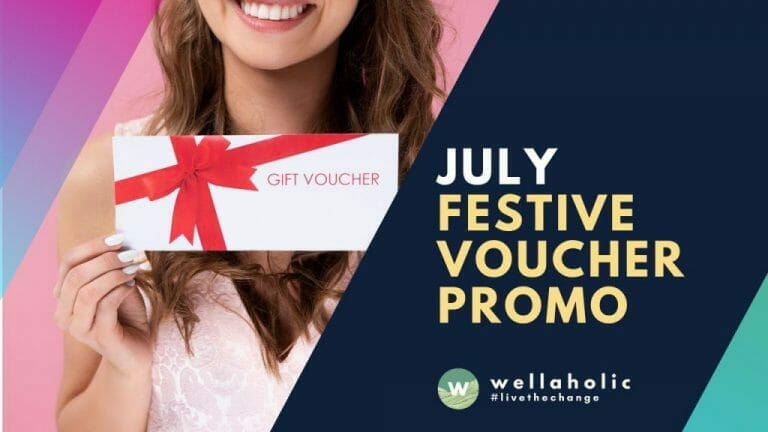 How to Get Whiter Teeth in a Week 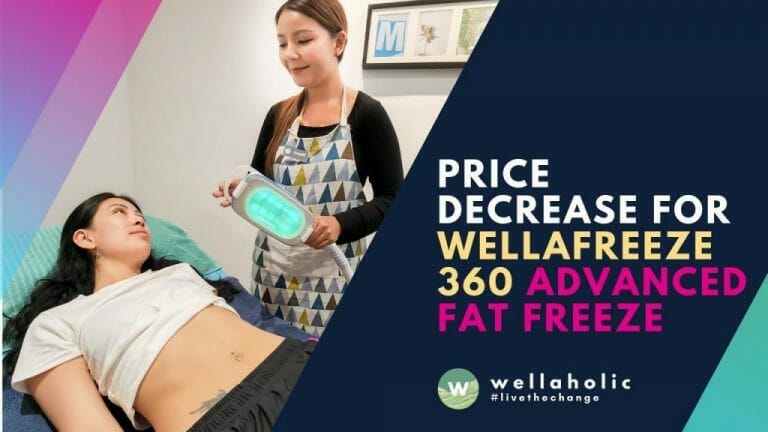